Culture as a Driver and an enabler of sustainable development

Katowice is a dynamic city (over 300 thous. inhabitants), which, having undergone a revitalization from a heavy industrial to cultural centre, became the Leader of 1,5 mln Silesian metropolis in this field. 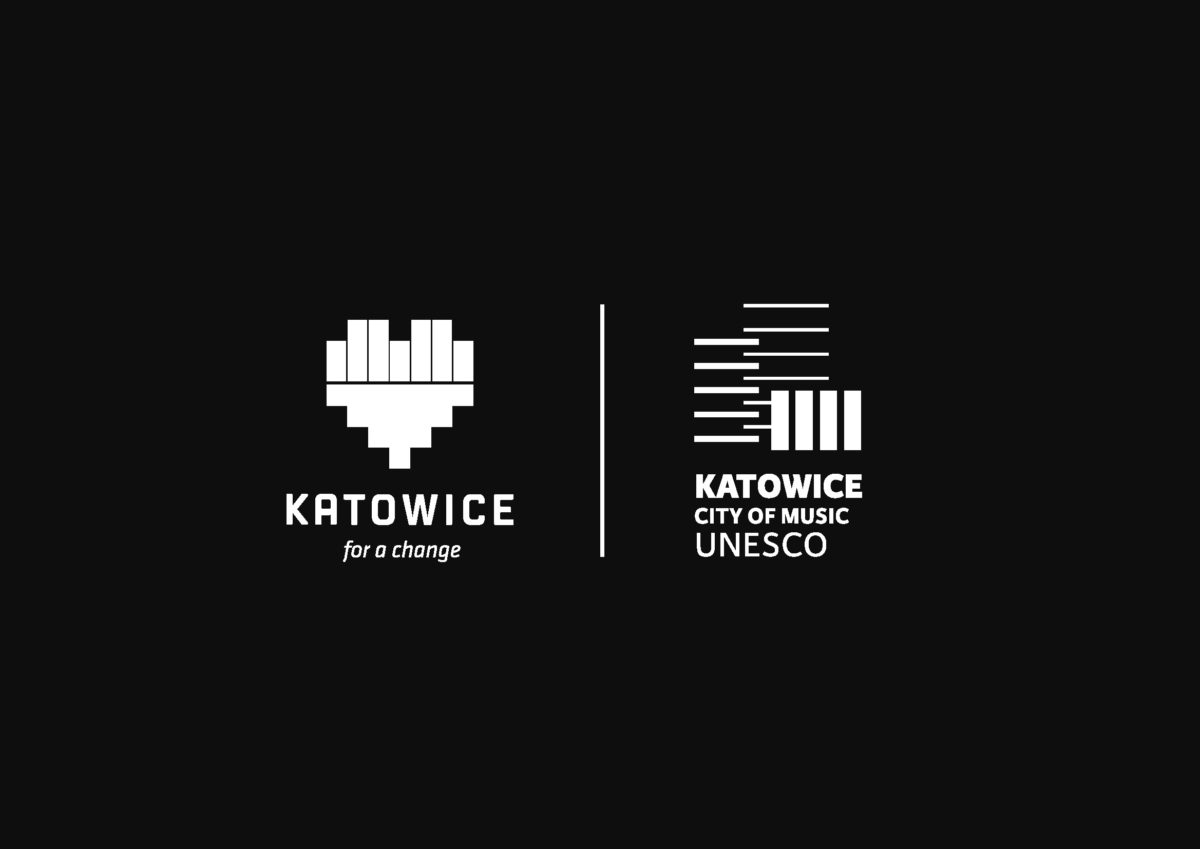 On 11 December 2015, ﬁve months after the application, Katowice was accepted into the network of UNESCO Creative Cities as a City of Music. The decision was announced by the UNESCO (The United Nations Educational, Scientific and Cultural Organization) Director-General – Irina Bokova. By granting this prestigious title, UNESCO approved of the city’s intensity and diversity of musical life, the creativity of its artists, their contribution to the development and popularisation of the musical legacy, as well as an impressive infrastructure that serves both artists and citizens. City of Gardens Cultural Institution manages the project of UNESCO Creative City of Music.

As not many other cites Katowice can take pride in its investments projects which enable its cultural institutions to offer excellent of artistic and visual experiences to music lovers.

Opened in October 2014 the new seat of Polish National Radio Symphony Orchestra has already won the hearts of music lovers who appreciate its acoustic of the highest quality as well as the architectural beauty of both the concert hall and the whole building.

Erected in the area of the former Katowice coal mine, NPRSO forms part of the Culture Zone, which provides a perfect example of revitalization of post-industrial areas for cultural purposes.

Next to NPRSO it is the seat of Silesian Museum, the International Congress Centre and the icon of Katowice – the concert and sport hall “Spodek” that constitute the zone.

Silesian Philharmonic may also boasts two magnificent concert halls and the high-class organs, thanks to the thorough restoration in the years 2010–2014, which the seat went through on the initiative (and with financial support) of the authorities of the voivodeship.

“The Symphony”, a concert hall of Karol Szymanowski Academy of Music is also a real music and architectural pearl on Katowice cultural map. Since its opening in 2006 it has attracted the audience with its wide range of concerts, presenting both eminent artists and orchestras as well as young talented musicians at the beginning of their professional career.

Youth Palace is a place designed for the youth in Katowice. Young talented people may develop their skills and interests there, in musical domain and many more. This centre for extracurricular activity offers a wide range of activities in music, theatre, dance and sport. The theatre concert hall, an integral part of the Palace, having been renovated recently, instantly took the role of the most important venue for jazz and classical music festivals in Silesia. 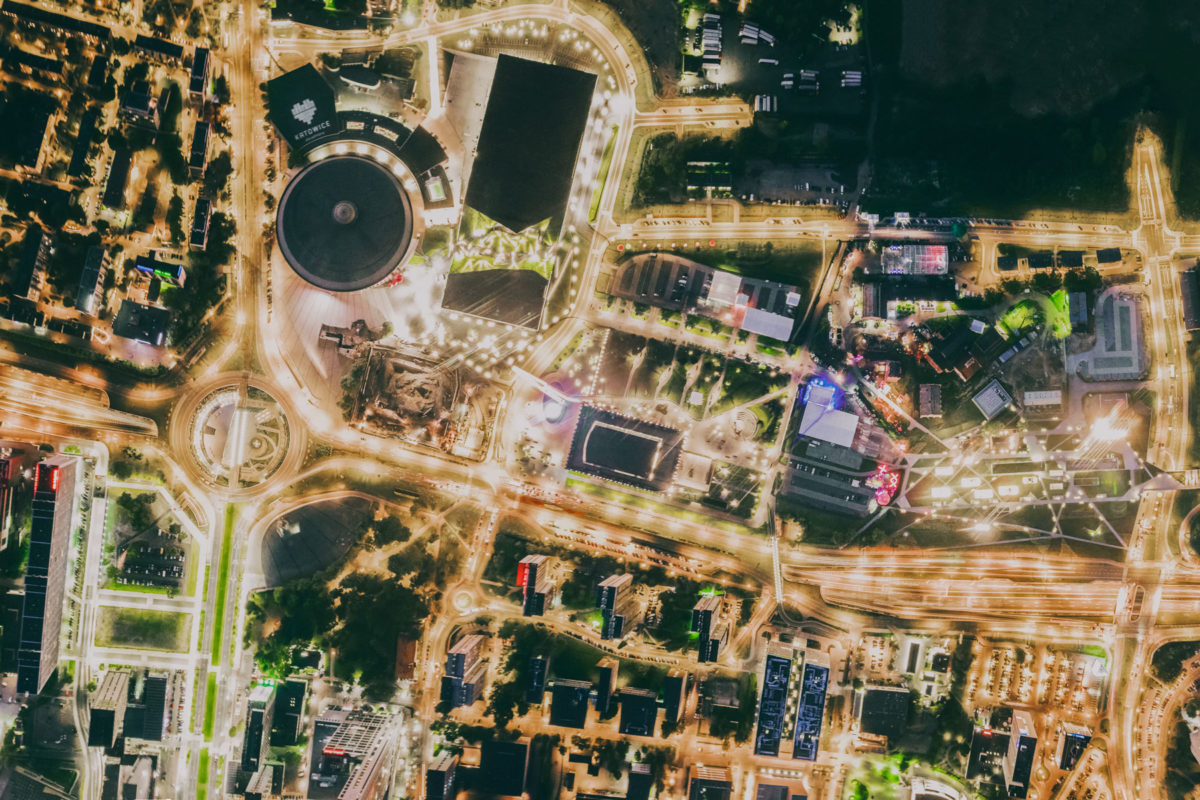 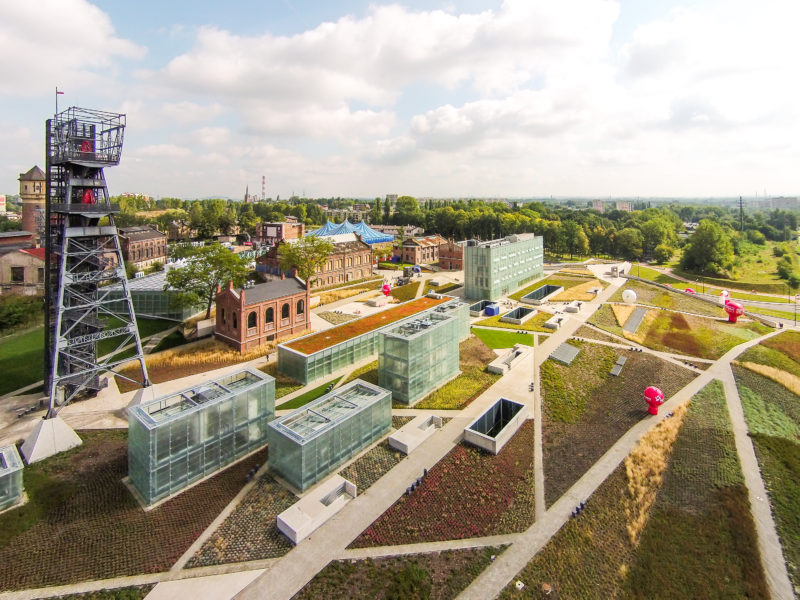 The amateur movement changed along with the society: male and female voice choirs and brass bands came to be joined by groups performing rock, metal, blues, rap and gospel music. Nowadays, amateurs operate mainly as NGOs, co-operating on various projects, ranging from those strictly connected with music to more interdisciplinary social actions.

Karol Szymanowski Academy of Music is the oldest higher education institution in the region. Founded in 1929, it’s been the alma-mater of eminent instrumentalists, vocalists, composers and theorists. The list of distinguished alumni includes pianist Krystian Zimerman, composers Wojciech Kilar and Henryk Mikołaj Górecki and many others. In 1968 it opened the first Faculty of Jazz and Popular Music in Poland. Today the students can choose between two faculties: Faculty of Composition, Education, Interpretation and Jazz and the Vocal and Instrumental Faculty.

It’s worth noting that Karol Szymanowski Academy of Music houses The Museum of Silesian Organ.

This unique museum sets itself the goal to collect, secure and protect items connected with organ and its his­tory, it carries out academic research and makes its collection avail­able to the public in the form of a permanent museum exhibition. 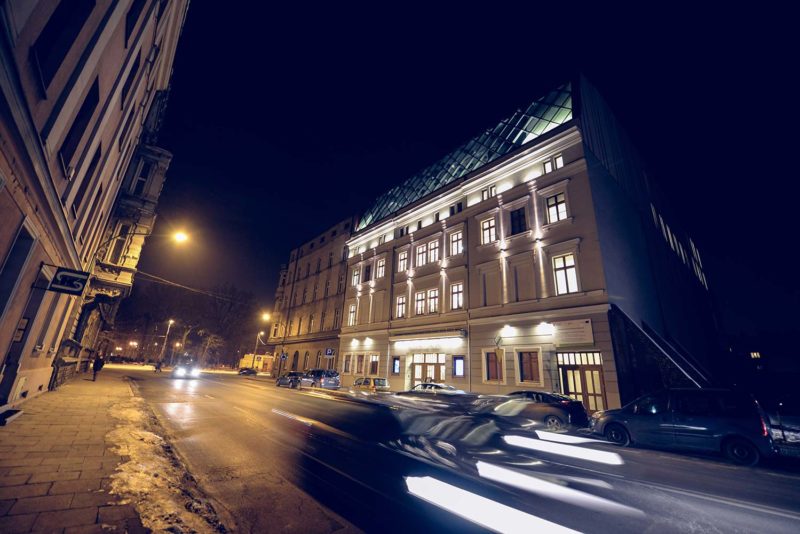 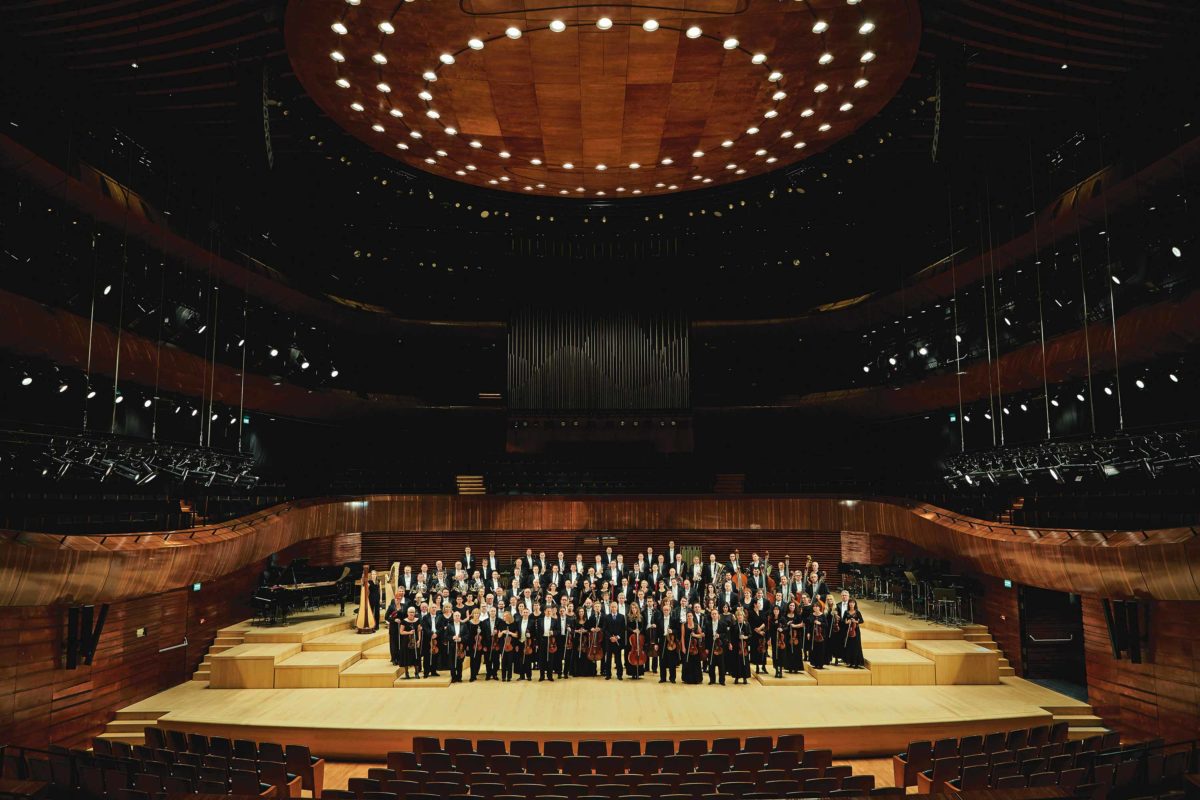 In addition, there are 2 music schools (afternoon schools offering music education only) and 2 comprehensive music schools (offering both music and general instruction) in Katowice. This educational offer regarding music is complemented by the key cultural institutions of the city: Polish National Radio Symphony Orchestra (NOSPR), Silesian Philharmonic, Institute for Promotion and Popularisation of Music “Silesia,” Krystyna Bochenek Culture Centre – Katowice the City of Gardens as well as Youth Palace – a centre for extracurricular activity, offering wide range of activities in music, theatre, dance and sport.

The biggest are the following: 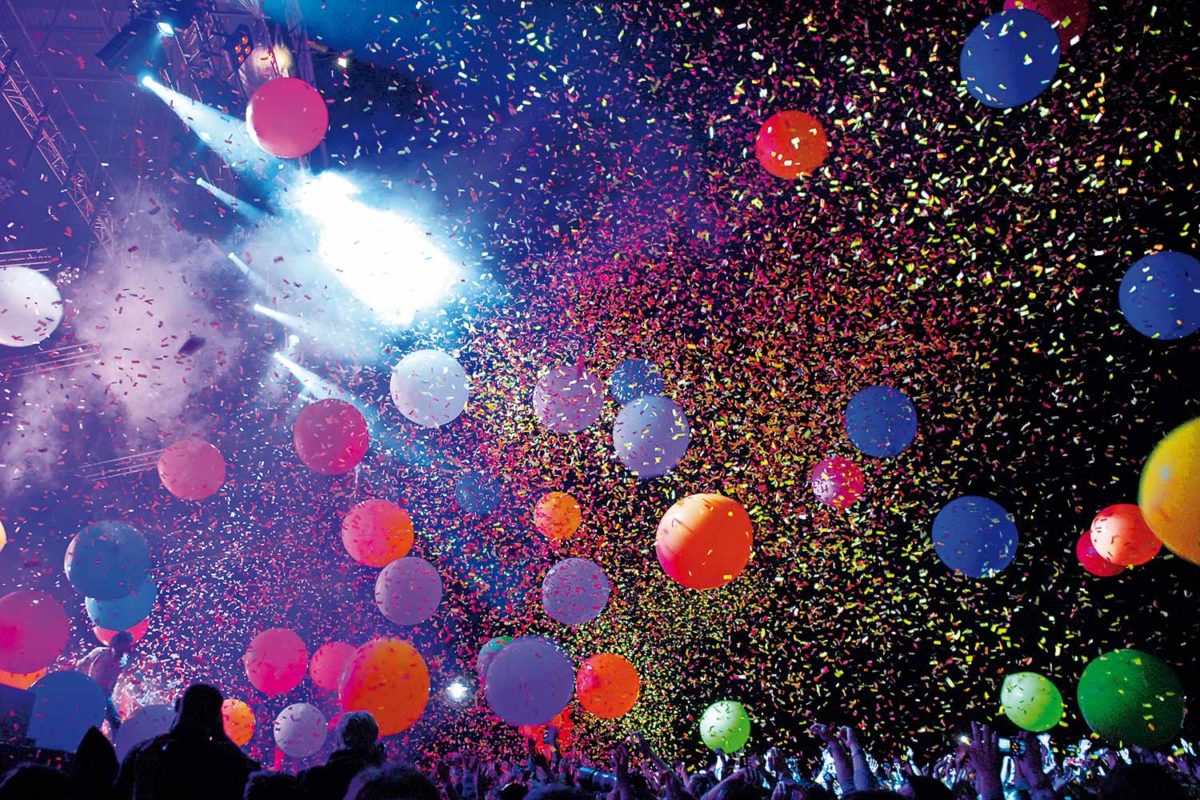 Additionally, the “Spodek” Arena hosts two biggest music events in the region devoted to broadly defined heavy metal and hard rock music. METALMANIA, established in 1986, is the biggest festival of its kind in our part of the continent. METAL HAMMER FESTIVAL, directed at enthusiasts of progressive rock and metal music was held for the seventh time in 2015.

It is also “Spodek” that has hosted (since 2000) the biggest techno party in Poland – MAYDAY.

Katowice jazz festivals can also boast of their devoted audience, these are Katowice JazzArt Festival and Silesian Jazz Festival. 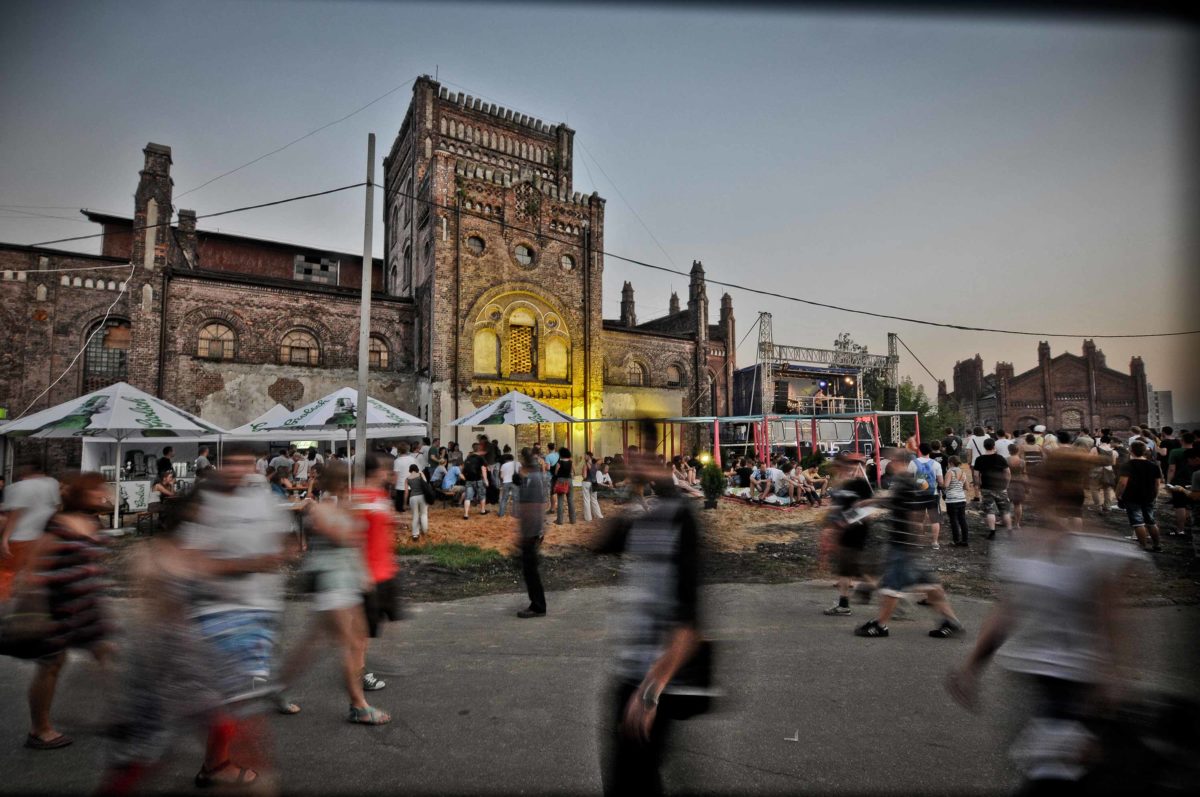 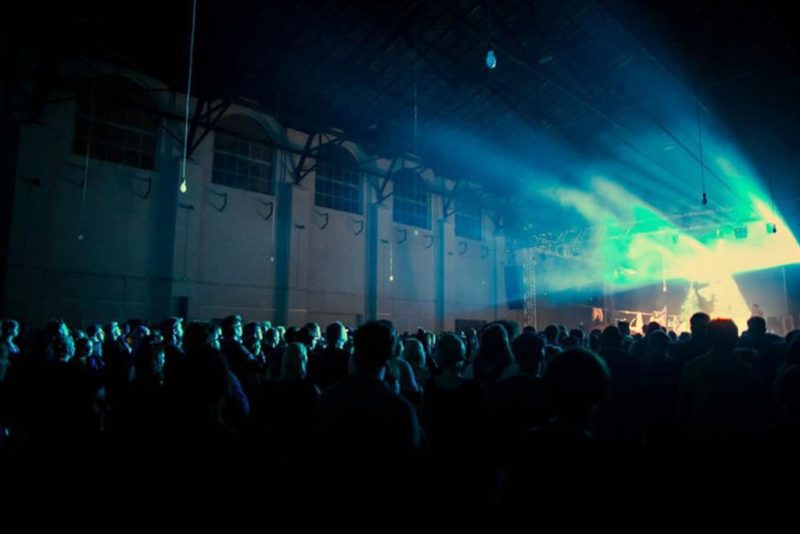 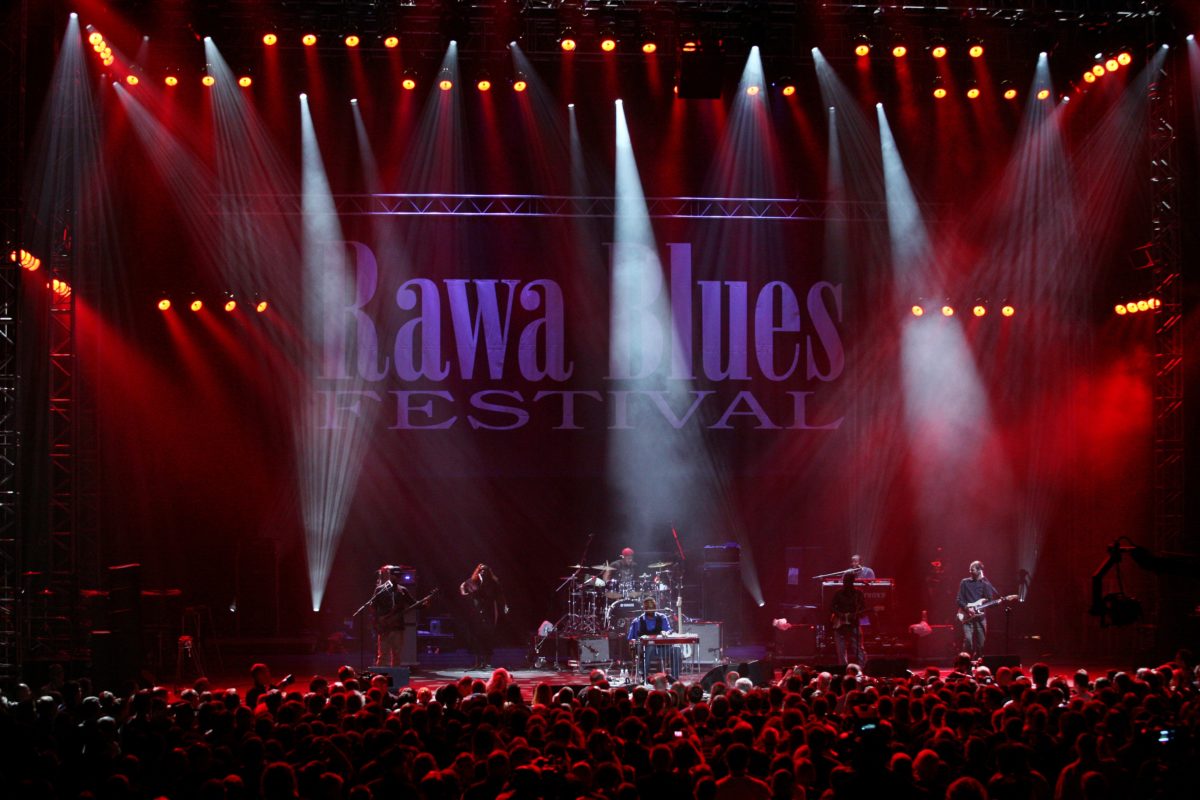 From Katowice to Hollywood 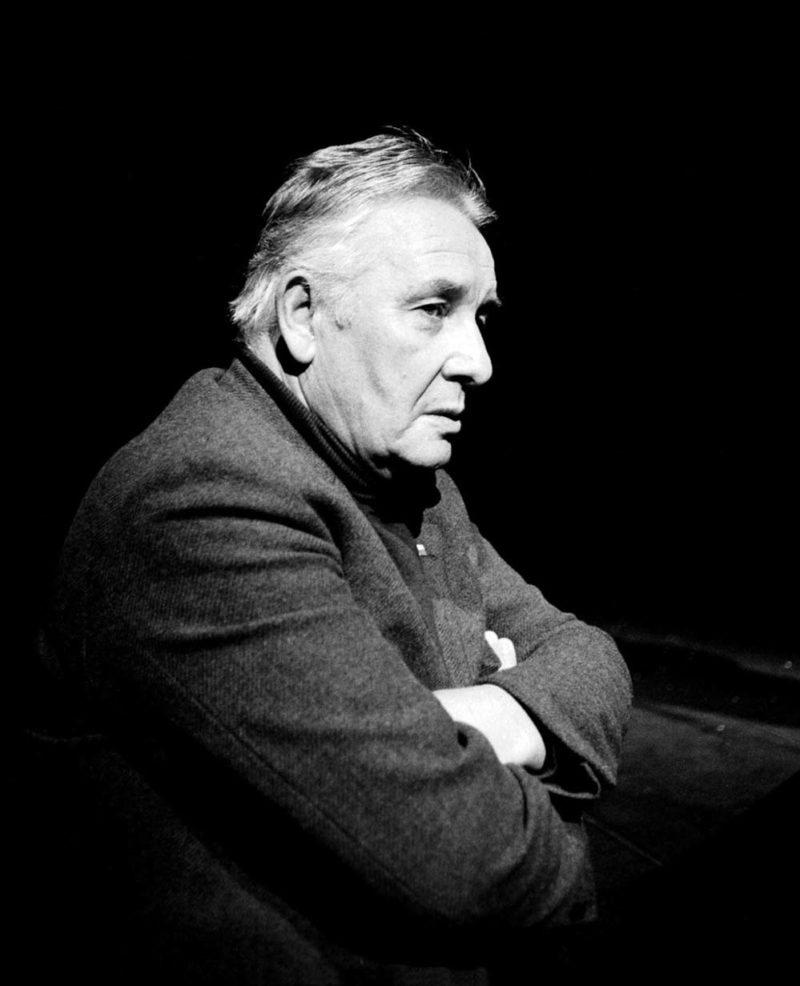 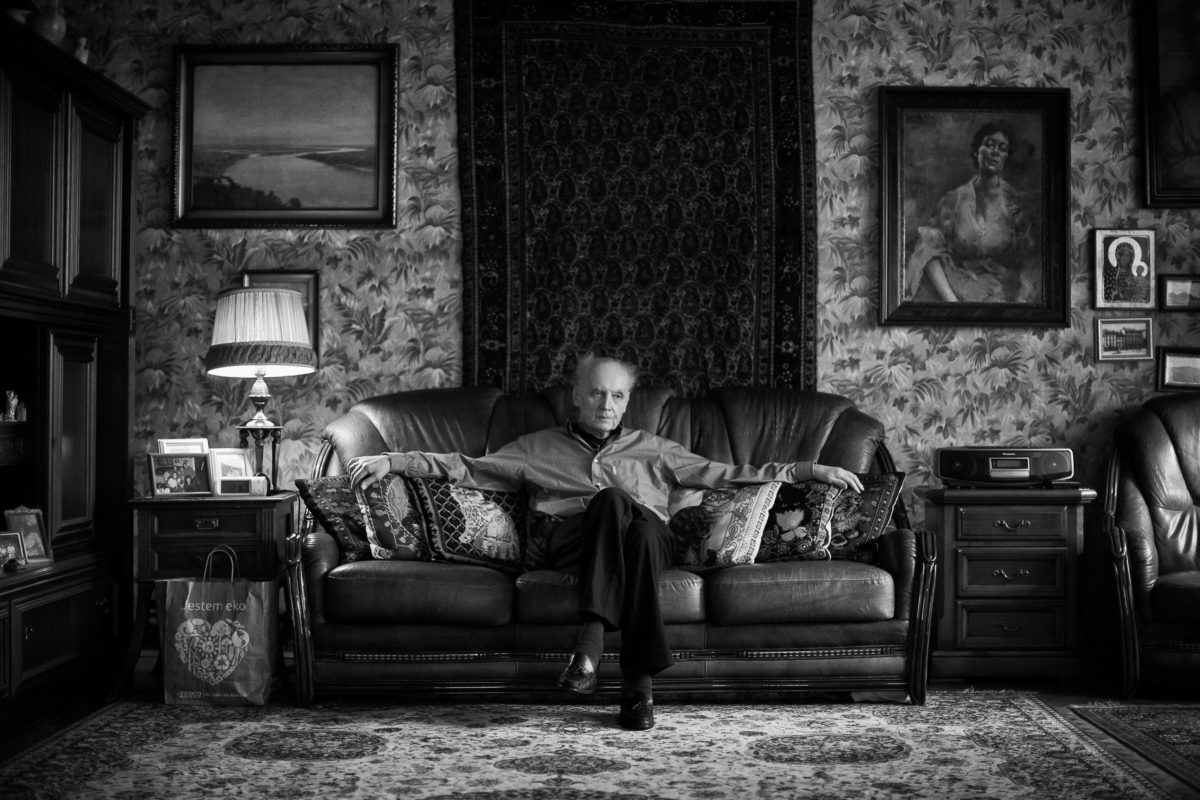 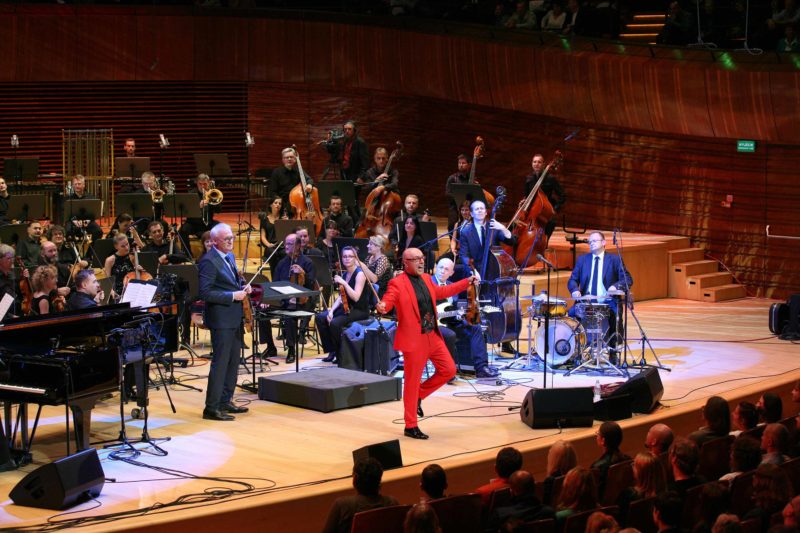 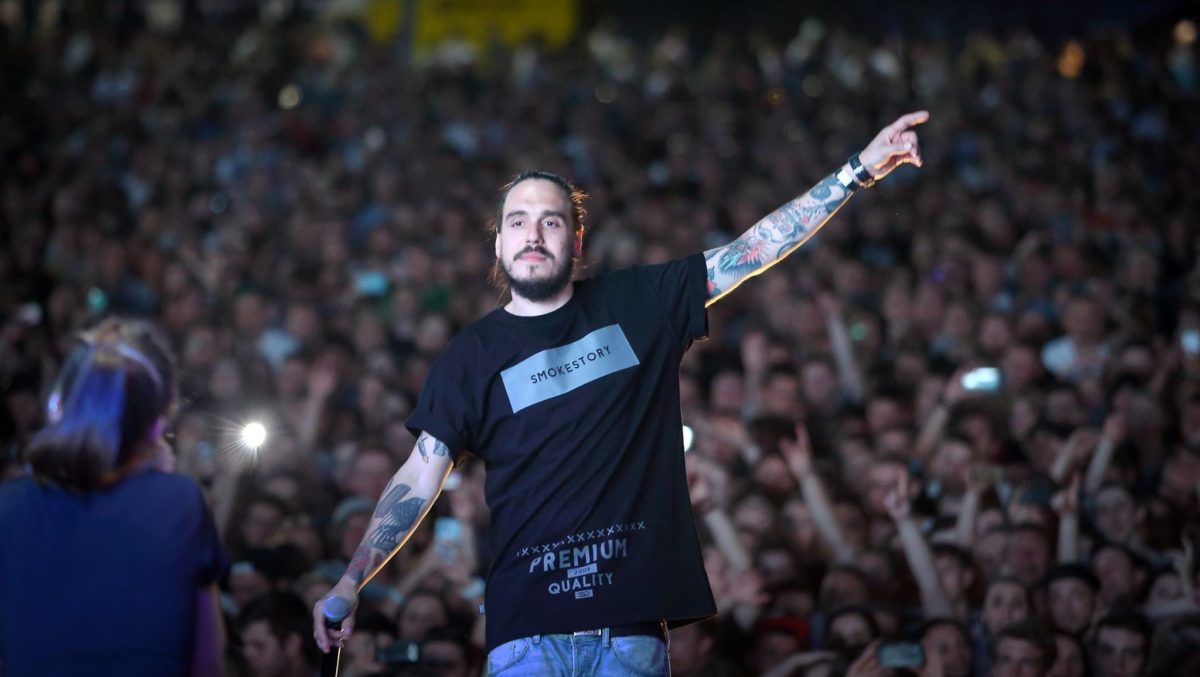 The Story of One Visit

It is difficult to say, how the fates of Katowice Conservatory would have unfolded, had it not been for Karol Szymanowski (1882–1937) – pianist, teacher, one of the most distinguished composers in the history of Polish music, co-creator and the most outstanding representative of the “Young Poland” generation.

To Katowice Szymanowski came only once – on 15 May 1934, for the Great Oratorio Concert – commemorating the tragic death of two pilots, Żwirko and Wigura – during which his Stabat Mater was performed.

The city must have greatly impressed the artist though, for he was not unwilling to take up work in Katowice Conservatory.

The fulfilment of these plans was thwarted by the composer’s premature death in 1937. However, it was Szymanowski who recommended one of his students – Bolesław Szabelski to be a professor in the newly-opened Katowice Conservatory, in 1929. Szabelski – himself organ master and composer, is regarded as the co-creator of a phenomenon unique not only in the history of Polish music – the Silesian School of Composers, which in leading experts’ opinion includes Witold Szalonek, Henryk Mikołaj Górecki and Wojciech Kilar among others.

The testament of Szymanowski’s tremendous signif­i­cance for the music cul­ture in Katowice can be inferred from the fact that the region’s oldest national high school for music – the Music Academy bears his name. The composer is also a patron of two international competitions: International Composers Competition and International String Quartet Competition, both of which are held in Katowice. 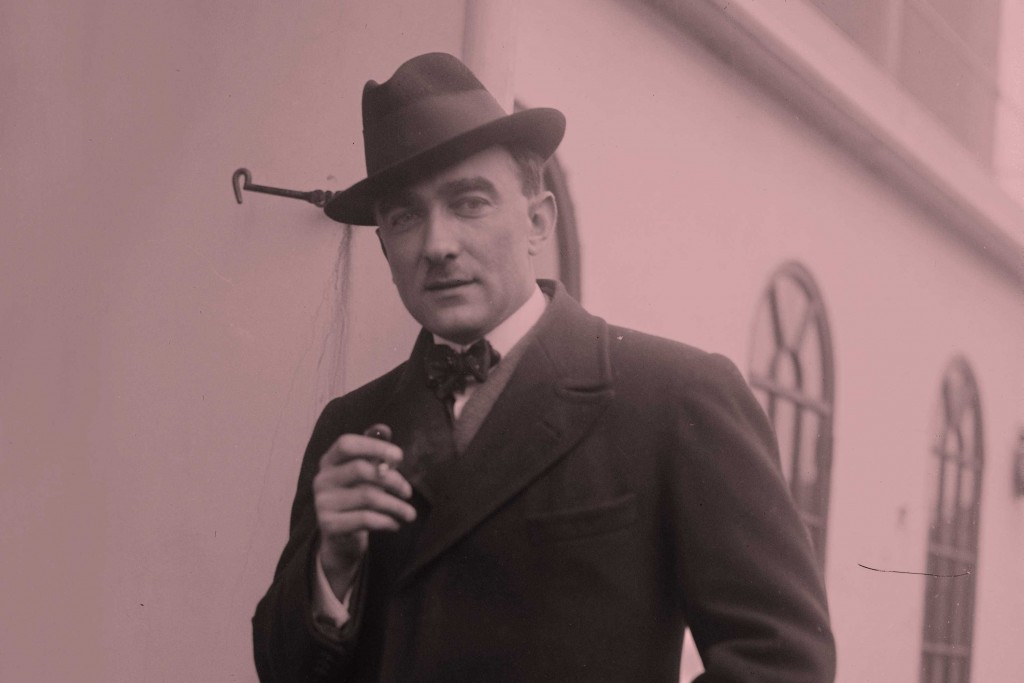 While speaking about Szymanowski, it’s not possible not to mention Grzegorz Fitelberg (1879–1953), violinist, composer and one of Polish most distinguished conductors, with whom Karol Szymanowski collaborated intensely. He was the first to perform many works by Szymanowski. As early as in 1935, Fitelberg founded the Great Polish Radio Symphony Orchestra in Warsaw, which he was in charge of until the outbreak of WWII. After the war, the ensemble was reestablished in Katowice, thus fulfilling many years’ endeavours of Katowice music milieu to possess their own symphony orchestra. The position of the director was again entrusted to Fitelberg in 1947, and he held it until his death in 1953. He is commemorated in the name of one of the most important composers competition – the International Competition for Composers in Katowice, held every 5 years, a member of the Geneva based World Federation of International Music Competition.

The system transformation in Poland, particularly in social and economic domain, influenced specifically the social and cultural development of Upper Silesia. The liquidation or the collapse of further industrial companies, mainly coal mines, added to the existing social problems, leading to those connected with revitalization of degraded areas, so familiar in the Silesian landscape.

Abandoned industrial premises were relieved by a new direction of social and economic development taken by the regional authorities.

Its aim was to remedy a stereotypical image of the centre of heavy industry devastating natural environment, and turn it into a scientific research and cultural centre, based on sustainable development and modern technologies, benefiting from cultural, social and economic potential of the region. 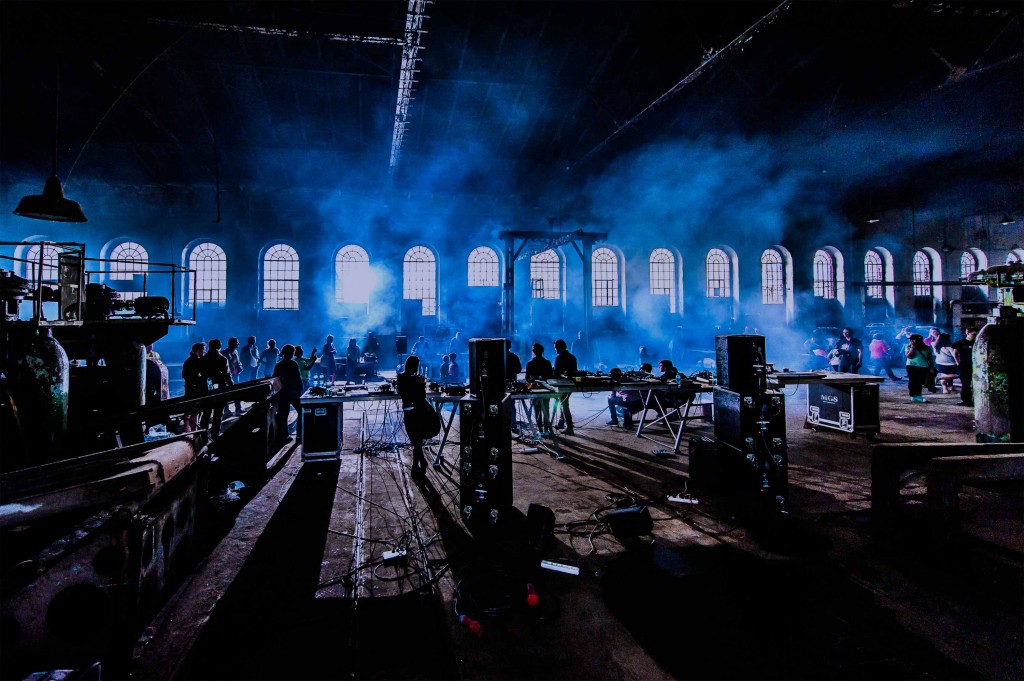 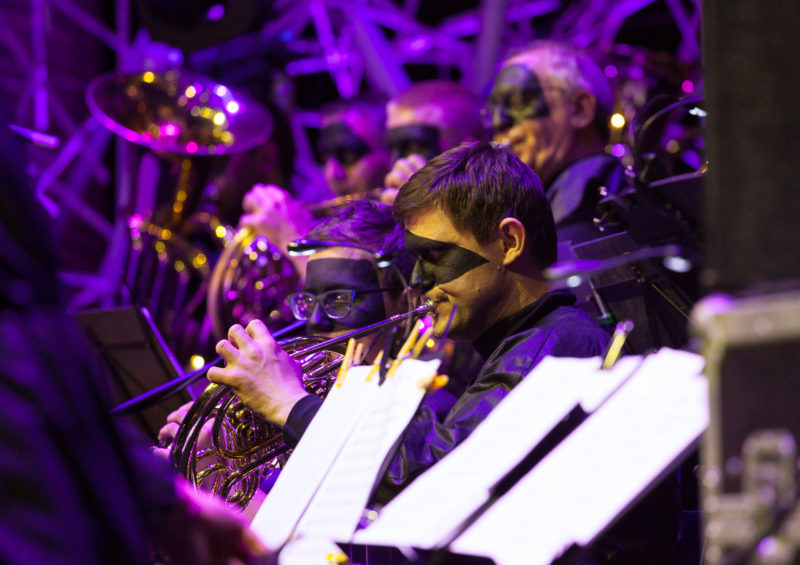 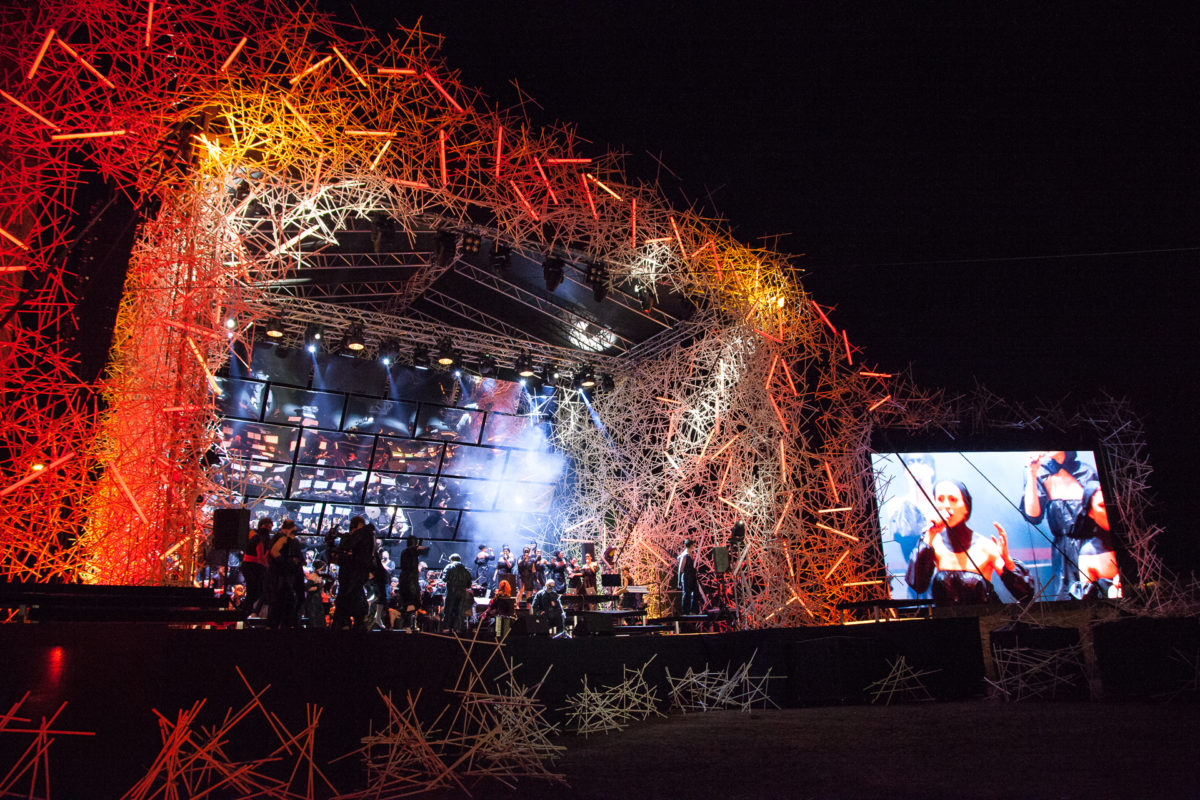 A special place on this map is reserved for Nikiszowiec (Katowice’s district) – one of best preserved miners’ settlements in Poland, erected at the beginning of 20th century.

In 2011, Nikiszowiec was recognised as Historic Monument by the President of Poland. Vast potential of Nikiszowiec was also acknowledged by a renowned psychologist, prof. Philip Zimbardo – the founder and patron of Zimbardo Centre, established in 2014 as the only one in Poland. It is a place dedicated to young people, supporting integration and community-building, protecting local awareness and identity. 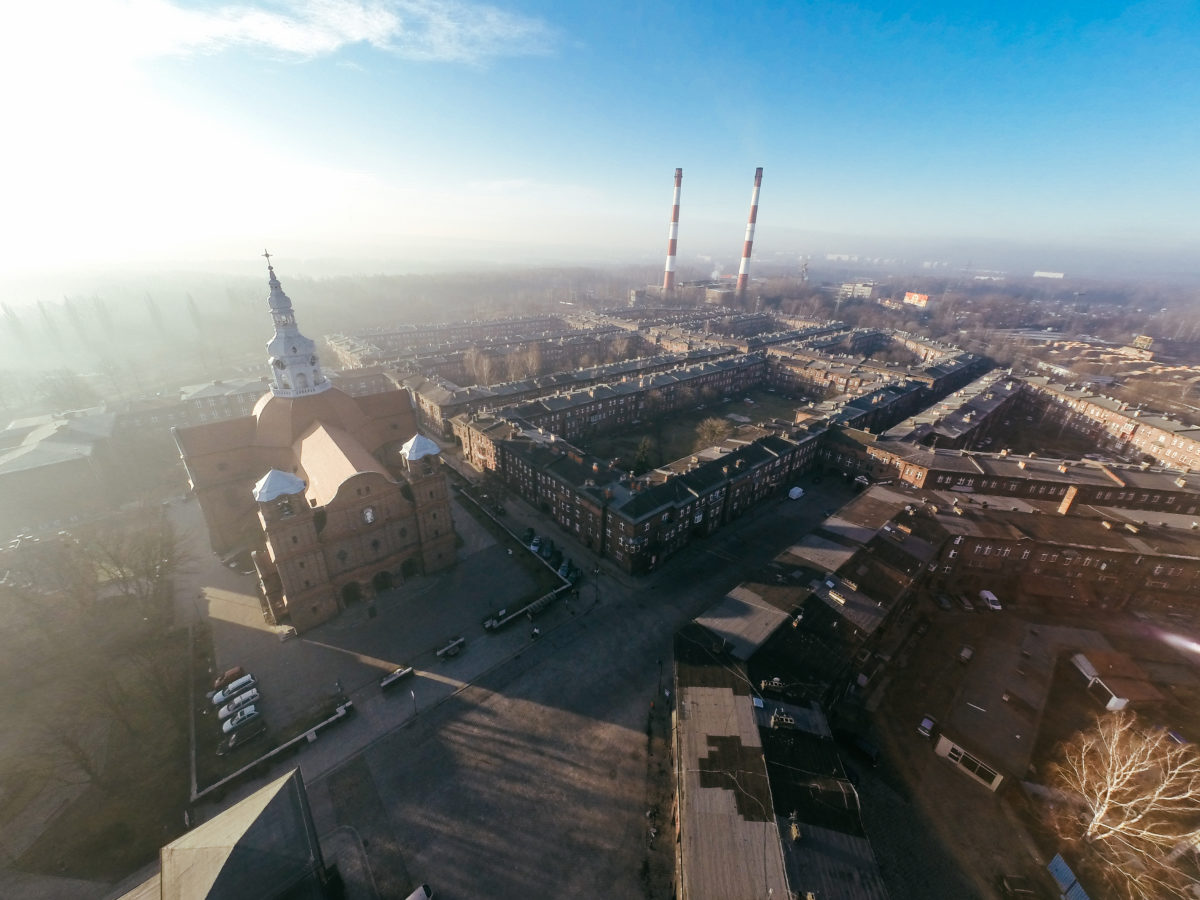 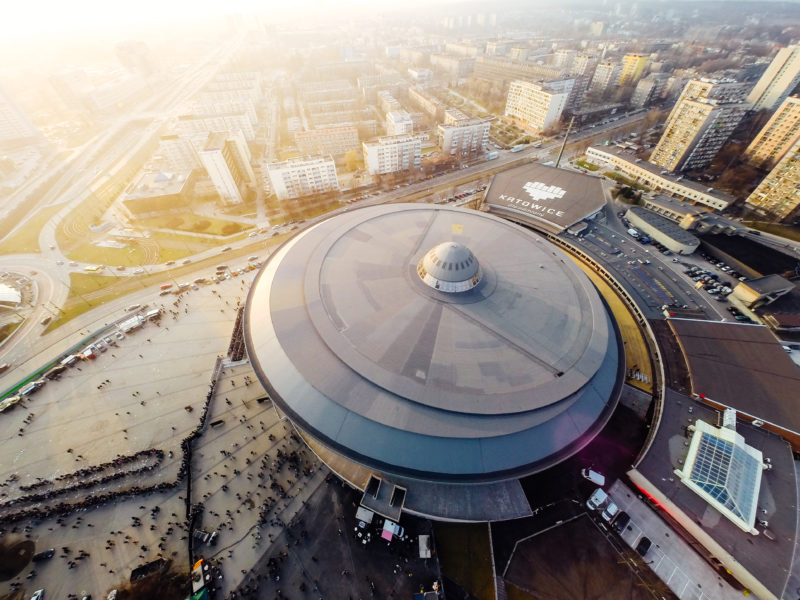