Acid Arab will perform on first Before WOMEX 2017

Concert and DJ set in Katowice!

This is not fusion. This is not a mix. This is a meeting – this is how Acid Arab describe their music. Frenchmen will begin the countdown to this year’s world’s biggest world-music fairs on first Katowice Before WOMEX 2017

They will perform on monday, march 27 at 8 p.m at Jazzclub Hipnoza with full-length concert. The day before, on sunday, (march 26) end your weekend with us at the Panorama Club with dj set! 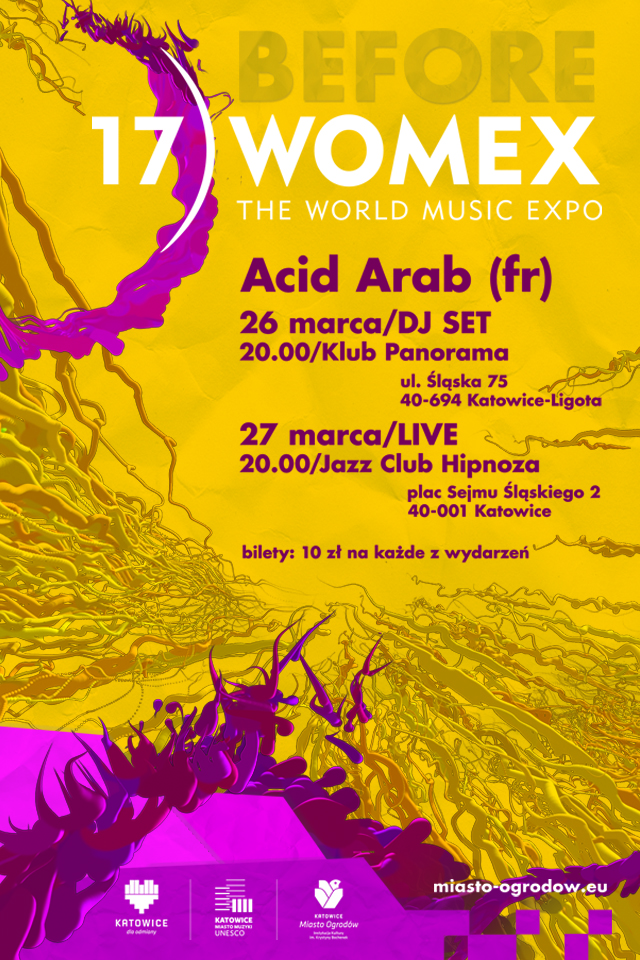 Formed in 2012 by Parisian DJs Guido Minisky and Hervé Carvalho, Acid Arab patiently honed their style by meeting with scores of artists from all over North Africa and the Middle East. Born in the transcultural cauldron that is Paris, their concept was to create a space for Arab culture in the world of contemporary electronic music. They laid down groundwork by releasing several EPs, featuring collabs, remixes and tracks by other artists.

Ticket for each event costs 10 PLN. Available on: