Folk music was permeating the international conference in Ostrava for the fourth time.

Czech Music Crossroads has it all: a music industry conference, a presentation of local folk bands, as well as music experience exchange platform of the V4 countries, including the Czech Republic, Hungary, Poland and Slovakia. The conference takes place in Ostrava, which has been a partner city of Katowice – UNESCO City of Music for 22 years.
The event is preceded by one of the greatest festivals in central Eastern Europe – Colours of Ostrava, which often serves as a trampoline for musicians that first present their work to international professionals of the music industry, to then proceed to presenting it to a large audience of the festival. The showcase programme is not a talent show of novice musicians, but artists who have a chance to transgress the cultural barrier, irrespective of their stage experience.

The conference concentrates on exporting music and includes debates pertaining to current topics of music and society. Experts from all over the world also run a series of interactive workshops for musicians on subjects such as promotion, distribution, questions of stage and technicalities, to help them succeed internationally.

This year, the programme has been enriched by the “Electronic Mission” programme for the first time – which encapsulates the electronic music society in countries of Eastern Europe.

Czech Music Crossroads in Ostrava is an event that is open to musicians, promoters, festival organisers, music publishers, as well as a wide audience.

This year, within the conference part of the event, apart from presenting musicians from our side, we also presented one of our flagship projects to an international audience – District Sounds Good – as an example of good practice to be used in partner institutions of Czech Music Crossroads.

This year, Poland was represented by:

With more than 400 gigs in 20 countries, including „German Record Critics Award“ and Polish „Folk Fonogram of the Year“ the 12-years-existing Čači Vorba is considered one of most recognised folk bands from Poland, described by Simon Broughton as „Poland’s greatest non-Polish Gypsy group“ and „one of the most dynamic and accomplished folk groups from Eastern Europe“. The band, with its charismatic singer and a violin virtuoso Maria Natanson, a rare case of ‚gadji‘ (non-Gypsy) artist who sings own poetry written in Romani (Gypsy language), performs original blend of East European Gypsy and non-Gypsy traditional music in inventive, multi-genre arrangments. Band’s latest album „Šatrika“ (October 2015), developing band’s sound into a broad mixture ranging from ethnic music, Gypsy, Romanian, Balkan pop and Mediterranean timbre to jazz, psychedelia and own sneaking-out to any definition ideas, has gained a big international success, including selections by „Songlines“ and „fRoots“ as well as high scores in World Music Charts Europe and Transglobal World Music Charts.

To simply categorize the style of this Silesia-based septet would not do them justice… Alternative, folk, punk, electronic… There’s no music genre suitable for their sound. But they don’t like to be labeled because good energy is all you need. Fifidroki draw inspiration from their surroundings: dirty chimneys, prohibited Silesian districts, felds of the Beskids, but also from Ukrainian villages and Jewish kibbutz.

Their music is as well aggressive and dirty as lyric and fairy. They have just released an album titled „Blomkul“. Despite of the title (Blomkul means caulifower in Silesian language), it is not easy to digest, vegan dish but kind of essential folk stew. Just taste it!

The band has a couple of years of experience, EP and CD released (award in a competition of „Tyski Bank Kultury“ in 2015), over 150 concerts performed, including: Slot Art Festival, Woodstock Festival and Jarocin Festival.

Krzikopa (eng. pron.: Kshee-copa) performs old folk songs from Silesia, the most industrial part of Poland. using their own progressive elektro-folk style. As well as traditional polish singing and acoustic instruments like accordion or violin, they’re a DJ’s console and a customised drum set. This makes the old songs sound modern and danceable, just like they did a hundred years ago, making Krzikopa’s music a unique mix of time and space dimientional journey.

The band was formed in 2012 thanks to the initiative of Mateusz Dyszkiewicz, accordionist and composer. Main impulse is fairly widespread belief that folk music of Silesia is not as interesting and rich as traditional music of other regions. Therefore the main theme of Krzikopa’s activity is bringing back silesian folk songs to the status they had initialy, when they were created: so that people can dance to them. The genre represented by the band is a mixture of tradition and contemporary music, with strong inspiration and quotes from classical composers i.e. J.S. Bach, or I. Stravinsky.

Krzikopa combines traditional Sielsian instruments (accordion, violin), traditional technique of singing (white voice) and modern style electronics, vibrant progressive rythms (D’n’B, dubstep). The idea is widely appreciated by the fans. Seeing them dancing to old silesian evergreens makes us feel that the mission is being fullfilled and we find it the best kind of support we can get.

After several successes in 2014 and 2015 including awards at nationwide festivals, Krzikopa released rst EP named „Backwoods” in 2016 including 3 songs based on original, root tunes from Upper Silesia region. The band is currently working on their first LP Album. 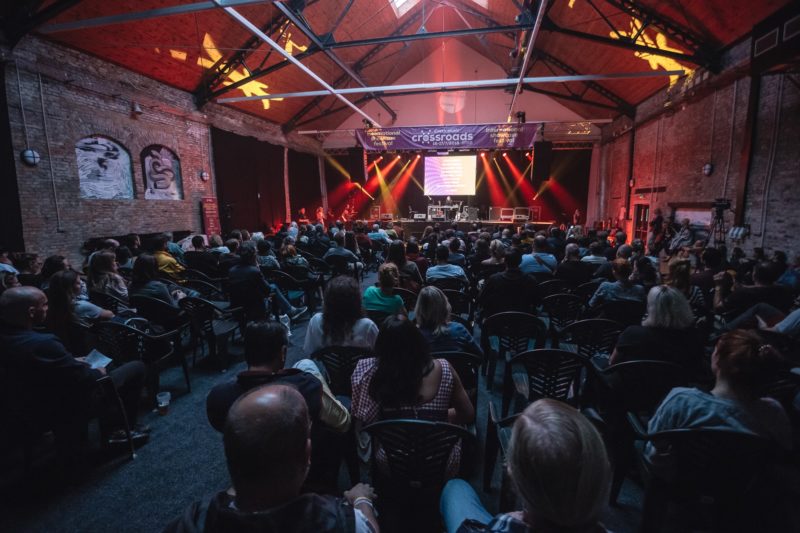 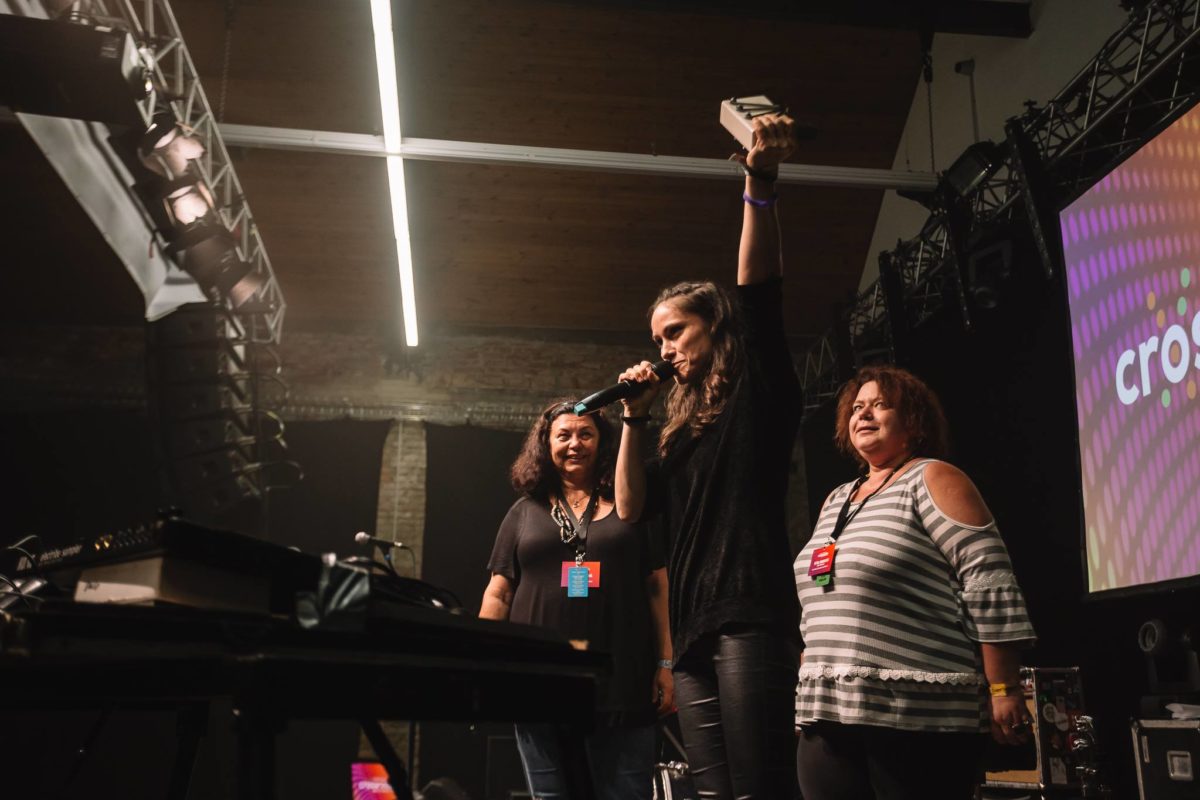 This year, both the Audience Award and the Professionals Award were secured by Lenka Dusilova.

Let us also remind ourselves that Vołosi, a band connected to Katowice, were the Professional Award winners in 2016.