A great success for the Polish cities

In 2018 the two Polish UNESCO Creative Cities – Kraków and Katowice – will join forces to co-host the prestigious UNESCO Creative Cities Network Annual Meeting. 450 delegates from almost 200 cities scattered all around the world, meetings, sessions, plans and important decisions – all that awaits Poland in June 2018!

Annual Meetings, obligatory for the members of UNESCO Creative Cities Network have so far been hosted by Chengdu (China), Kanzawa (Japan), Östersund (Sweden) and more. What makes next year’s Congress special is the common endeavour by Kraków UNESCO City of Literature and Katowice UNESCO City of Music to hold this prestigious event. It is thanks to their joining of forces that „Krakowice” won the competition for the position of hosts against such cities as Suzhou (China) and Fabriano (Italy).

During their week long stay in Poland, Network’s delegates will take part in formal meetings concerning the development strategy of the network, there will also be meetings in sub-groups (film, music, literature, media arts, design, gastronomy, crafts and folk art). The Steering Committees’ meeting will not be omitted either. They seem of special importance, as the Steering Committee of the Cities of Literature has since 2014 been presided over by Kraków. All the respective cities will present the projects they have executed and share their best practices. 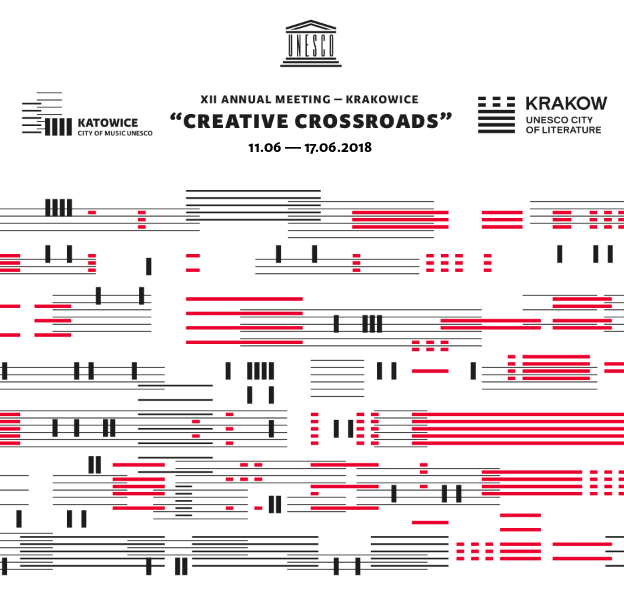 It is no accident that the Meeting will take place in June. At that time both in Kraków and in Katowice important cultural events are held – respectively Miłosz Festival and Gardens of Sounds World Music Festival. Both cities will be officially presented as hosts during this year’s congress of Creative Cities, taking place in Enghiens-les-Bains (France). 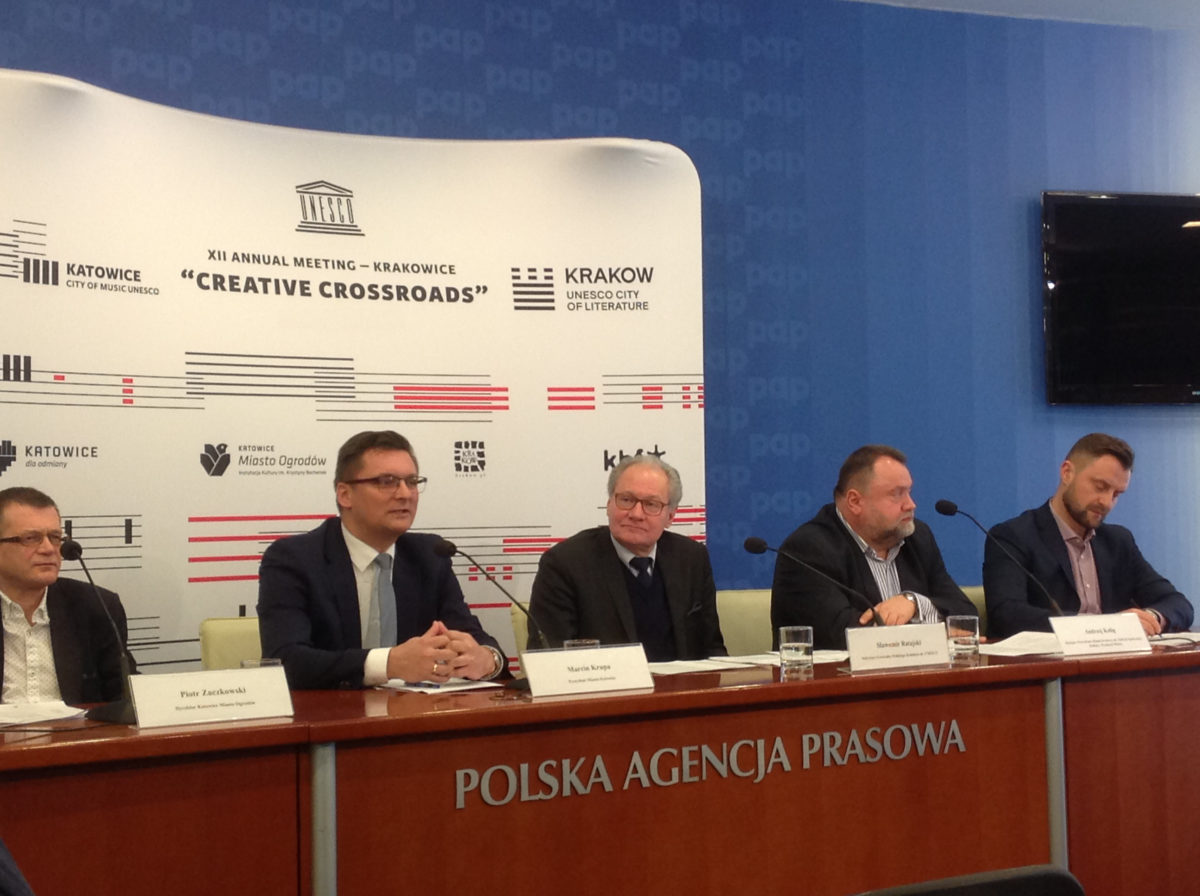 Creative Cities Network is a UNESCO programme established in 2004 in order to promote cooperative practices between cities which base their development on the various fields of the creative industry. UNESCO grants the Creative City designation in 7 areas: literature, music, film, visual arts, design, crafts and folk art, and gastronomy. The participation in the programme comes not only with prestige and an opportunity to build the image of one’s city on the basis of the chosen creative filed, but also with the chance to create an original programme of reinvigorating local creative communities and running exchange schemes among the cities from around the world. 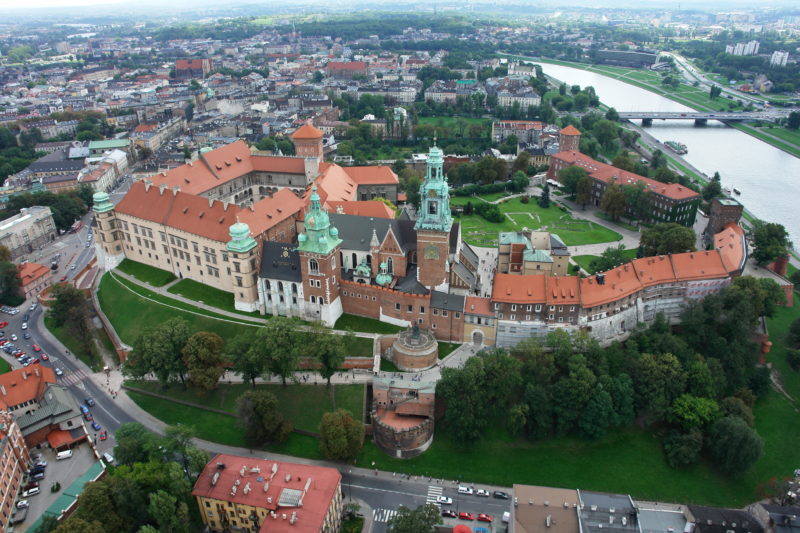 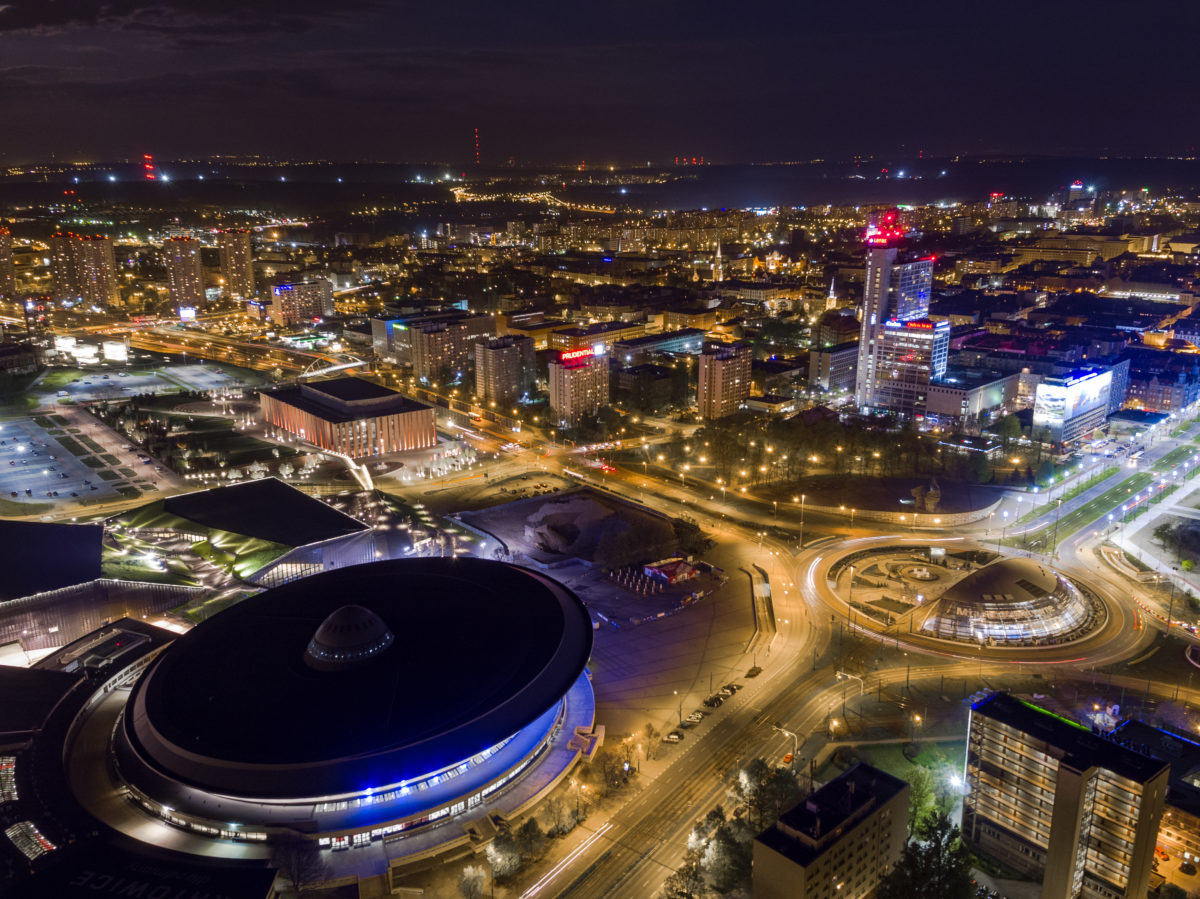 The concept of a Creative City was proposed in the 1980s by Charles Landry, world renown British urban planner, expert and authority in sustained city development. Since quite recently on the invitation from the President of Kraków he has been researching the creative potential of the capital of Lesser Poland (i.e. Kraków).

Kraków was the first to be nominated Creative City in Poland, as it received its UNESCO City of Literature status in 2013, the first Slavonic and second non-Anglophone city in the world to do so. Since then, the city of Szymborska, Miłosz, Lem and Conrad has created from scratch the first in Poland municipal strategy of readership development and support for the local book market, launching pioneer programmes of debut promotion, development of cultural life in bookshops and cooperation with publishers, originating region- and nation-wide leading festivals of Conrad and Miłosz, supporting the already biggest book fair in Poland and creating innovative projects, using new technologies to promote readership, such as CzytajPl!.

Today Kraków is IFEA World Festival and Event City, a dynamic hub of education and business, resonating in the whole Central Europe, a city of 250 thousand students, 150 companies in the field of BPO, successful in combining the care about the historic heritage with facing the modern day challenges. Next year’s Creative Cities Annual Meeting organised together with Katowice will be a symbolic crowning and enhancement of the 41. Session of UNESCO World Heritage Committee, hosted by Kraków this July.

It is with great pride and joy that I received the information of a successful end to several years' of attempts by Kraków and Katowice to be granted the honour of hosting the Annual Meeting of UNESCO Creative Cities Network. The fact that both our cities will be visited by delegates from so many countries is not only an opportunity to get to know each other better and to exchange best practices, but also to underscore the importance of knowledge and creativity as a driving force for growth of modern cities.

Jacek Majchrowski – the President of Kraków

Katowice, since December 2015 a member of UNESCO Creative Cities Network is the first UNESCO City of Music in Central and Eastern Europe. It is a city of remarkable tradition: composers’ school headed by Henryk Mikołaj Górecki and Wojciech Kilar, amateur musical movement dating back one hundred years, as well as unquestionable contribution to the development of Polish jazz (Jazz and Popular Music Department of Academy of Music) and blues (Rawa Blues Festival – the biggest indoor blues festival in the world). Nowadays, Katowice attract guests with great summer music festivals (Off Festival, New Music), as well as symphonic concerts in the remarkable concert hall of the National Radio Symphony Orchestra. The city of Katowice executes a unique programme for the development of music market, supporting amateurs on their way to professional careers, establishing an incubator of musical creativity and running a grant programme to foster musical activity. International aspect of Katowice activity in the world of music has been confirmed with the decision to organise here this year’s edition of WOMEX – the World Music Expo (25 – 29 October). It will be the first instalment of the biggest event in the field of world music in Poland.

In only our third year as members of the Creative Cities Network, Katowice will co-host the most important, annual meeting of the Network. It is an immense privilege for our city. I also treat it as a testimonial to the novel and ambitious programme for the development of creative industry in music, carried out in Katowice. I am very glad that our partner is Kraków, as they have supported us for many years in our transition from post-industrial to creative industry city.

Marcin Krupa – the President of Katowice

Located in a direct vicinity, Kraków and Katowice have for many years formed one of a kind nation-wide economic, cultural and scientific organism as well as mutually supportive work market. Kraków, the former capital of Poland and one of the first ten items on the UNESCO World Heritage list, leading academic and cultural centre in Poland and Katowice – a young, dynamic city of industrial past, presently undergoing an intense transformation differ in their history, but what they share is their bold look into the future and plans for consistent grounding their economy on knowledge and creativity. In 2014 the cities started to jointly present Wojciech Kilar Award for film music, they also exchange knowledge and innovation within the Creative Cities Network. From one year to the next “Krakowice” – a plan for a creative megalopolis in the south of Poland – stop being a daring vision shared by some urban planners and slowly turn to reality with its plenty of new challenges.